A best trekking trail near Kathmandu.

Langtang Gosainkunda lake trek is one of the best treks in the Langtang region of Nepal. This trek is combined from the Langtang valley trek and Gosainkunda lake trek of the same region. Meanwhile, it can also be extended by adding The Helambu circuit from Gosainkunda Lake. With our 13 days Langtang Gosaikunda Trek Itinerary, you will be exploring some of the best destinations of the whole Langtang National Park. The trek starts after a long drive from Kathmandu. Similarly, the starting point of the trek is Syabrubesi and the Ending point of the trek is Dhunche.

Langtang region of Nepal is geographically close to the Tibetan border and remote valleys surrounded by different mountains. Also, It offers you spectacular moments like getting through Langtang National Park, capturing the different species of Flora and Fauna. Langtang Gosaikunda Trek offers wonderful experiences. The Langtang Gosainkunda lake trek is not as hard as it seems. The difficulty level of this trek is moderate and any beginner with a normal fitness level can join this trek. There is no need for Camping throughout the trek as there are enough teahouses and lodges to accommodate the trekkers.

Why Travel With Altitide Himalayas

The trek en route through long-steep and descent climate, dense forests, majestic Himalayan views, glaciers and different lakes. Bordering Tibet, Buddhist culture and religious practices govern the lifestyle of people there. Moreover, Tamang and Sherpa are the major residents. So, You will encounter Tamang culture and art of living in the central Himalayas and Helambu region.

One of the best times to travel the Langtang Gosaikunda lake trek is during the months of March, April and May. During these months of the year, the trekking trails are filled with the blooming rhododendron throughout the trails. Meanwhile, if you are lucky then you may spot some of the rare and endangered species of animals during the trek.

October, November and December are the best times to go on a trek for the Langtang Gosainkunda Trek. During these months of the year, the weather is warm and marvelous views of the mountain ranges can be seen due to the high visibility. The sky is also clear and the morning and nights are cooler. July and August are not so preferable due to the monsoon season.  Similarly, there may be low visibility. The valley accepts the ever-changing climate. January and February are not suitable because of the winter season. The trekking difficulty level is moderate.

The first day of the trek takes you to the Lama Hotel through the fascinating rhododendron and oak forest. The first day of the trek from Syabrubesi takes about 6 hours to reach. Langtang Village is one of the popular villages of the Langtang valley situated at an altitude of 3,430 meters above sea level. The trek to Kyanjin Gompa passes through the main walls and Chorterns in most parts of the trekking trails. Meanwhile, aside from a visit to the Yak cheese factory, monasteries and gompas can be done during this day.

Kyanjin Ri is the highest point of the trek and about 3-4 hours of the walk is required to reach the top of the hill from Kyanjin Gompa. The next day you will trek towards Lama Hotel vai Ghoda Tabela. You will move towards Thulo Syabru and leave the trail to Syabrubesi. Another day of the walk is required to reach Sing Gompa where you will pass through Dursagang and Foprang Danda. Gosainkunda is the last destination of Langtang Gosainkunda Trek and you will pass through two different lakes before reaching Gosainkunda. The return trail follows the route to Syabrubesi and Kathmandu. The next alternatives for the return trail can be through Chisapani and Sundarijal.

Gosaikunda lies inside the Langtang region at an elevation of 4,460 meters above sea level. It is certainly the most popular religious site in the entire region.  Buddhists and Hindus consider this lake a holy and sacred lake. Every year, many visitors visit to take bath in holy Gosaikunda with the belief of getting rid of sins and sorrows. Gosaikunda Langtang Trek also explores untouched modernization and less explored trails, culture, nature and lifestyle of Tamang people. Moreover, The trek runs through subtropical regions to the beautiful land.

During the time of Janai Purnima, many devotees visit Gosaikunda Lake. It is believed that after taking a dip at this holy lake all of your sins are washed away. Gosainkunda Lake is not the only lake situated in this Langtang Region. There are other many popular lakes in the Langtang region. Similarly, before reaching Gosainkunda Lake you will pass through two other lakes. According to the legend, Gosainkunda was created by Shiva when he pierced a glacier with his trident to obtain water to quench his thirst after having swallowed a poison that threatened to destroy the world.

Kyanjin Ri is one of the popular high spots to witness the fascinating views of the mountain ranges and valleys of the Langtang Region. It lies at an elevation of 4,773 meters above sea level and an early morning walk from Kyanjin Gompa is required to reach an amazing sunrise view. There are no sources of water so we recommend you to carry as much as you can during the walk to Kyanjin Ri.

The walk to Kyanjin Ri totally depends on the pace of walk of the traveler. But on average 3-4 hours of the walk is enough to reach the top of the hill. The views are enough to make you forget about your tiredness and difficulties during the uphill walk. Amazing views of the Langtang Lirung, valleys, glaciers and many more can be seen.

If our trip itinerary doesn’t suit your holiday schedule or you wish to modify the itinerary then feel free to inbox us. We want our valuable guests to enjoy their travel according to their needs and wills. We provide a variety of packages for student groups/family groups/corporate teams and many more. Every travel package is different according to the group size and the demand of the guests. We are also more than happy if you combine it with any travel plans, please let us know and we’ll create a tailor-made itinerary, designed especially for your travel group.

Your Arrival Time (?) Our office representative will meet and greet you at Kathmandu Airport and transfer you to your hotel in Kathmandu. At 06:00 PM: In the evening we will meet for a coffee and will brief you on the details of your trek program.

*Optionally you can add one additional night stay in Kathmandu to cover cultural sightseeing in Kathmandu as well for your trek preparation shopping.

Kathmandu Full Day Sightseeing: You will visit for a full day sightseeing in Kathmandu of Kathmandu and Patan Durbar Square, Boudhanath, and Swayambhunath.

At 07:00 AM: After breakfast in the morning, we will drive from Kathmandu to Syabrubesi, the starting point of the trek. The drive takes around eight hours and passes through rural lowland villages where we can observe the procession of an ordinary day. Scenic views of mountains and stretches of rolling hills also accompany you. Overnight stay at a Syabrubesi.

At 08:00 AM: The trek to Lama Hotel is mostly following the upstream of Langtang River. After crossing a suspension bridge, we pass a stream. The walk continues along with forests of Bamboo, Rhododendron, and other alpine trees. It’s an easy walk despite the wavy nature of the trail. Overnight stay at Lama Hotel.

At 08:00 AM: After breakfast, we move on through a trail along with dense forests which ascend towards Ghoda Tabela. Views of Langtang Ri and the Langtang Village are magnificent from here. As we move to the Langtang Village, prayer flags, Chortens, mani walls and water mills welcome us. Overnight stay at a lodge in Langtang Valley.

At 08:00 AM: We will leave the village after breakfast, we move on through high pasture lands where yaks graze. Today’s walk is mostly walking alongside the mani walls and across wooden bridges, high altitude atmosphere can be felt as we reach Kyanjin Gompa. Overnight stay in a Kyanjin Gompa lodge.

At 06:00 AM: It’s a day for exploration. A hike to Kyanjin Ri is scheduled in the morning. Incredible landscape views of Langtang range joys the eyes at the elevation. After returning back, we can explore around Kyanjing Gompa which is also the settlement area for Buddhist community people.

At 08:00 AM: We walk past scenic trails to get back to Lama Hotel via Ghoda Tabela. The route is mostly a descent and an easy and pleasant walk. Overnight stay in a Lama Hotel.

At 08:00 AM: After breakfast, we will start to descend to the Landslide. From Landslide the trail gets separated, one leading to Thulo Syabru and another to Syabrubesi. We will ascend from landslide to Thulo Syabru. From here we can have a pleasant view of Langtang Lirung and other Tibetan Himalayan ranges. Overnight at Tea house.

At 08:00 AM: The trail starts with the steep ascent path passing through Dursagang (2660m.) leading to Foprang Danda (3200m.). Throughout the trail, there are breathtaking views of Langtang Himal, Ganesh Himal, Tibetan Mountains, forests of oak and hemlock, rhododendron forest and pastures. After reaching the sing gompa we will visit the cheese factory. Overnight at Sing Gompa.

At 08:00 AM: The trail today is all climbing up. After breakfast, we will start our trek towards Gosaikunda. We will pass by the Cholang pati, Lauribinayak, Lauribinayak pass reaching Gosaikunda. From the Lauribina pass, the 360-degree view of high Himalayan peaks can be seen. The trail from Lauribinayak pass to Gosaikunda is comparatively easier and flat. Before Lake Gosaikunda, we will pass by two beautiful other lakes, Sworswoti Kunda and Bhairab Kunda. According to the legend, Gosainkunda was created by Shiva when he pierced a glacier with his trident to obtain water to quench his thirst after having swallowed a poison that threatened to destroy the world Overnight at Gosaikunda teahouse.

At 08:00 AM: After exploring the lake area in the morning we will then start to descend down following the same way towards cholang pati and Lauri Binayak. The trail is all going down towards Dhunche a district headquarter. Overnight at Dhunche hotel.

On this day you are returning to Kathmandu by drive. You will get shopping time in Kathmandu and we will have a farewell Nepali dinner together.

You will be free until your flight time; we will drop you at Kathmandu Airport 3 hours before your flight.

Get all much-needed helpful trip guides and tips for the Langtang Gosaikunda lake trek, or feel free to contact us. 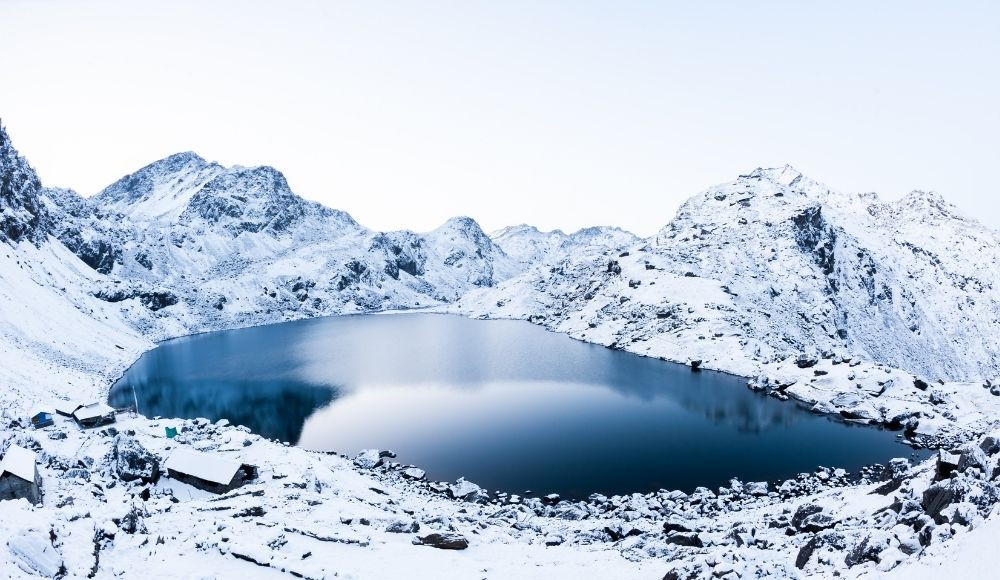 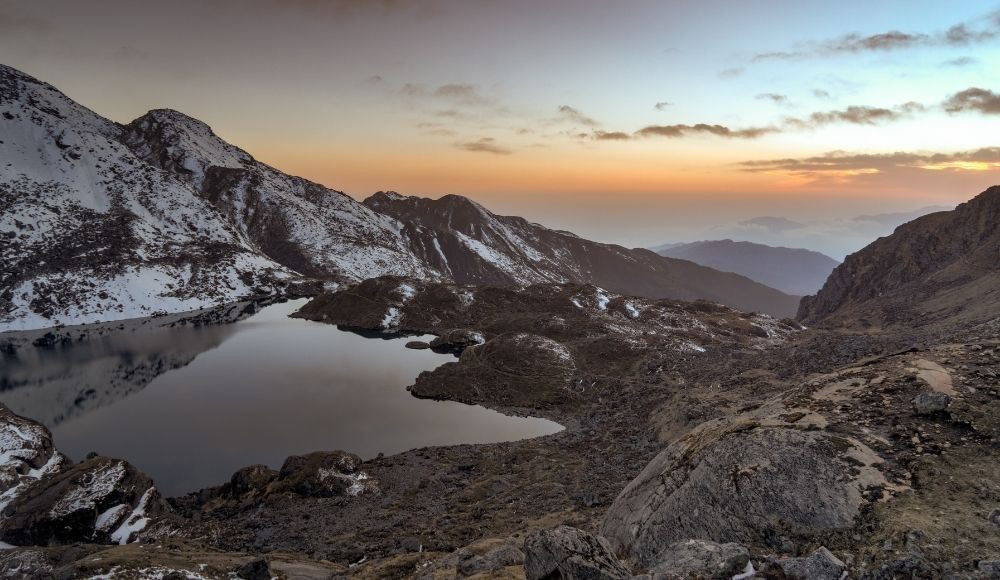 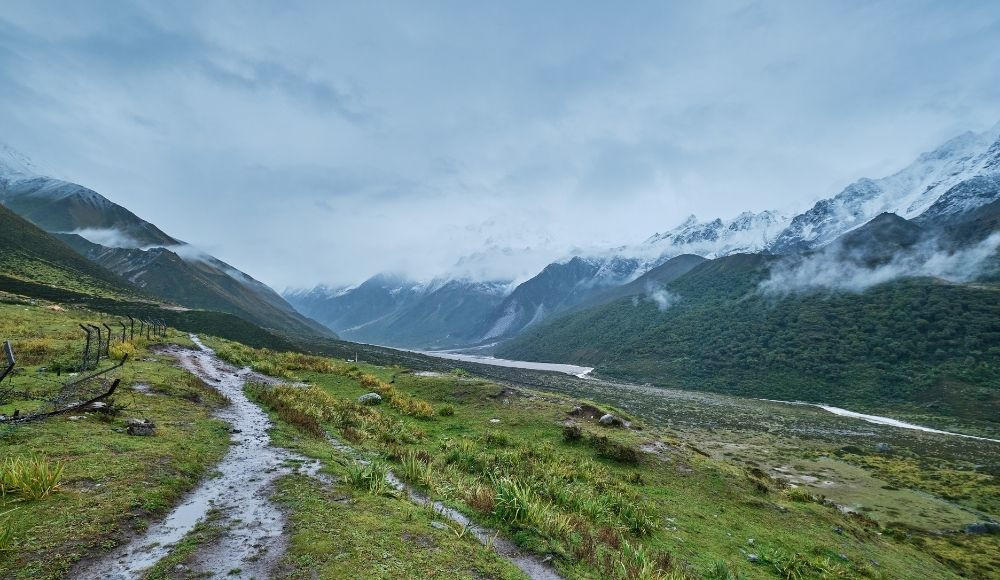